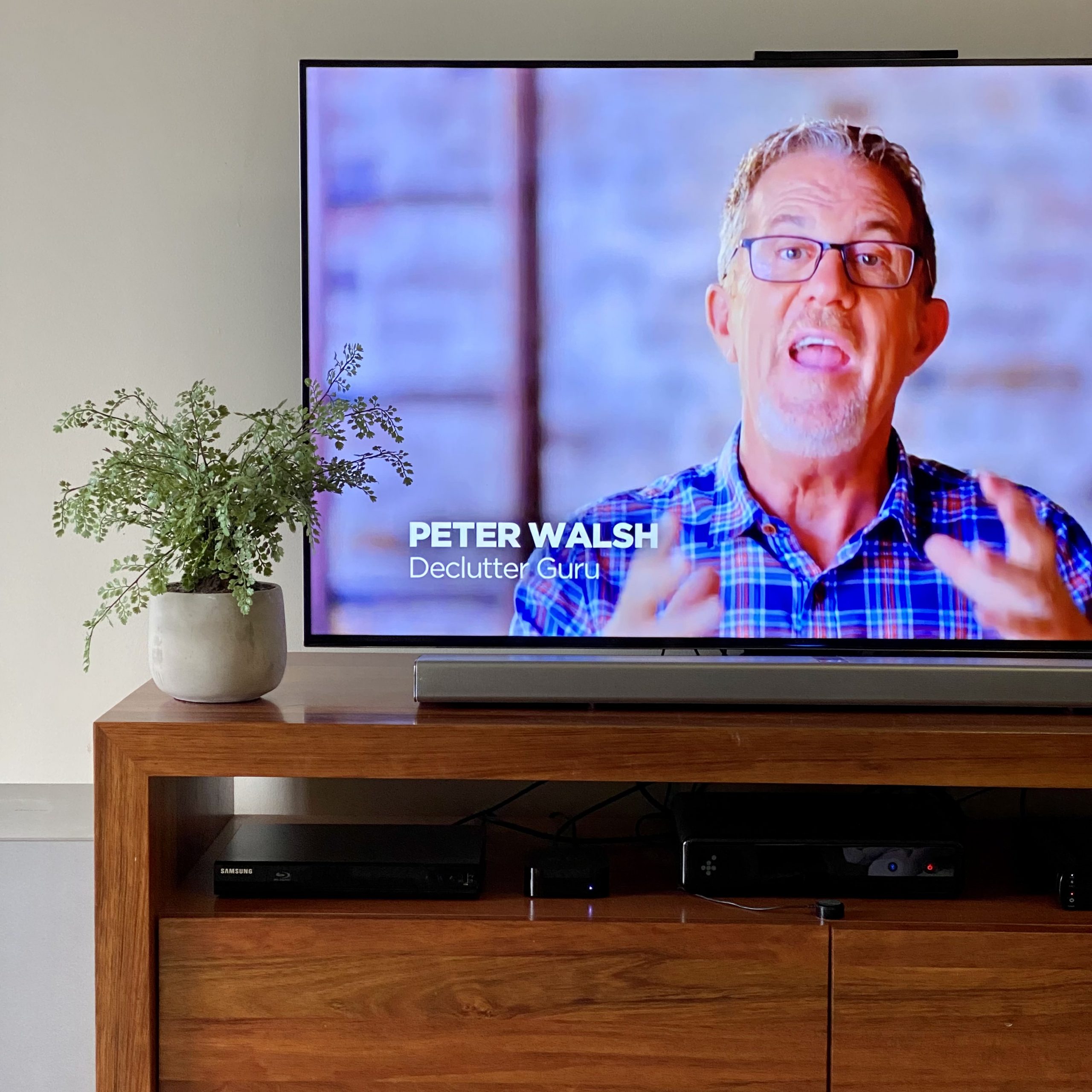 There has been a lot of buzz within the Australian Professional Organising industry about the new TV show, Space Invaders.

Why is there so much positive buzz?

Aside from being an Australian TV production, many Australian Professional Organisers (or POs) know Peter Walsh personally or like me, have followed his work for a very long time.

But mainly, Space Invaders has been received positively within the industry because it represents the Professional Organising industry well!

For many, decluttering is not an easy process and I appreciate the way the show highlights some of the mental and emotional challenges that come with it. The show doesn’t shy away from the fact that it’s a raw and real experience for clients.

There are things that you would expect from a TV show that aren’t very realistic. Like…

These TV highlights aside, I’m rather appreciative of Peter Walsh’s approach. His warmth and genuineness show true compassion in his attempts to build trust with the homeowners. In our industry trust is vital.

While not all the discussions with homeowners are aired, the attention-grabbing snippets are shown. One can only assume that a lot of action happens behind the scenes.

Overall, the show is great and has truly benefited the industry.

Shortly after the show first aired, I received an email from the Institute of Professional Organisers talking about the rising demand for Professional Organising services. It is becoming widely accepted as an everyday service available to any household.

I can’t wait for the day when Australia catches up with the U.S. and people gloat about having a PO– much the same way as the prestige of having a personal trainer.

So if you are on the fence, and a little uncertain of hiring a Professional Organiser because of a perceived negative perception, it may be time to reframe this mindset (and watch an episode of Space Invaders while you’re at it!).

If/when you’re ready to reclaim your space, touch base with us! We’d be happy to help.

← Is too much storage a bad thing? Organising Doona Sets & Sheets →